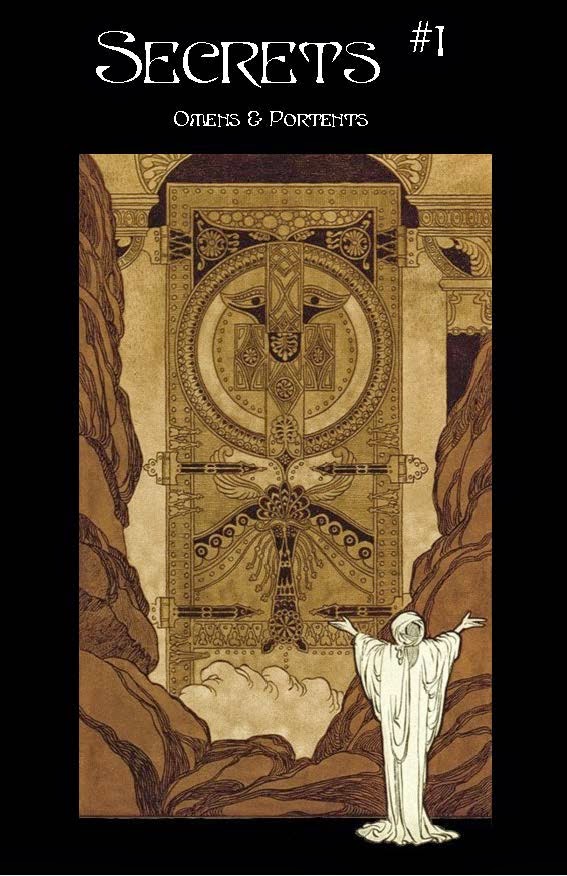 Secrets #1: Omens & Artifacts is a 24-page digest-sized fanzine from the Secrets of the Shadowend blog. Within these 24 pages are:
Secrets is covered under the Open Game License, and 100% Open Game Content. 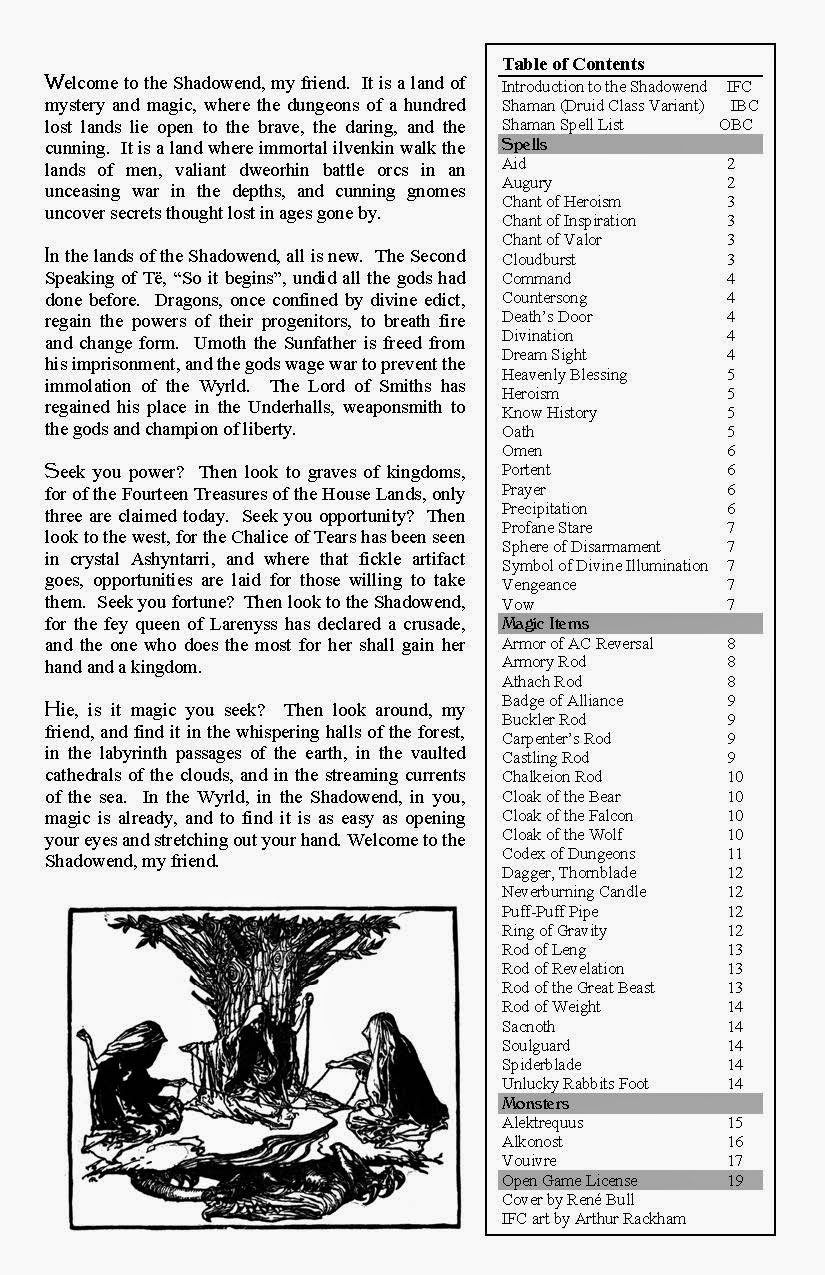 $0: Secrets isn't free, but The Basic Illusionist is, and it's moved to the d20PFSRD Store!

$4: The print version is available for $4 through the Paypal link in the sidebar, and each print zine includes one of twenty different magic items as a sticker insert.

$6: Print + pdf. Order through the Paypal link to the right, and I'll email you the pdf ASAP and send you a print copy.

International orders are the same price (yes, really), but it's a little easier on me if you order the print + pdf, and then you can enjoy the pdf while waiting for the envelope (although it only took 3 days for it to get to Barcelona, which is pretty darned good - I think it took longer to get to some USA addresses.)
Reviews
Tenkar's Tavern likes the zine and particularly the magic items. "Holy crap but there is some fun stuff here." He also calls this blog "...an awesome gaming resource." So I'm kinda pleased.  ;)

The Land of NOD says "It's a great compilation of spells, monsters, and magic items for Swords & Wizardry (hallowed be its name) that you can fit into your long-running campaign to throw your players a curve, or use to launch a new campaign for old timers who already know the best way to skin a gnoll." Personally, I don't remember putting new gnoll-skinning techniques in the finished issue, so John must have one of the ultra-rare draft editions.  ;)

Gothridge Manor just posted a compilation/summary of all the different zines he has, and Secrets is included. Tim says: "This one has new spells, old spells with a twist, a big batch of magic items, monsters and a cool addition, a unique magic item for each issue on the back cover. I'm really glad Nathan got into making zines. I'm already looking forward to issue #2."

What Would Conan Do? Conan would buy Secrets again, that's what he'd do. Daniel Sell reviewed Secrets #1. He particularly likes the monsters: "They're weird and charming and best of all come with a mini-adventure attached. These little vignettes place them firmly in the world and show you how the author intended them to be used." Writing the mini-adventures is awesome fun, so hooray!  :)
Errata
5-9-14: I just found out there's a font in the pdf that didn't embed; if you have a copy from before this date and want the pdf to look as it should, download and install the Verdict SF font on your system. It's free and available at lots of sites; but it's under what seems to be an antiquated (1990's) license that doesn't allow pdf embedding. Anyone getting the pdf after this date shouldn't have an issue, as I replaced Verdict SF with two Windsor fonts. (As of 5-18-14 I've replaced the Windsors with Fritz.)